There’s nothing I crave more than the sense of wonder that comes from departing a flight into unfamiliar territory. Simply put, I love traveling.

When I travel, I try my best to explore through the lens of a local. Avoiding overcrowded, overpriced, touristy hot spots as much as possible, I venture off the beaten path to discover hidden gems which tell the genuine, candid story of my destination.

This past week, I went to Washington D.C. expecting to embark on an educational journey of historical people, places, and events. From walking four blocks in the pouring rain to walking in the literal footsteps of our nation’s founders, this was a trip I will never forget.

I stayed at the Hyatt Centric in Rosslyn, Virginia, which was centrally located near the Rosslyn Metro station, Target, Starbucks, and several local restaurants and shops.

D.C. FASHION REPORT
WHAT TO PACK
PLACES TO VISIT

FAQ’s
What is the best way to get around?
Definitely the metro. It’s cheap, easy to use, and stops almost everywhere you’ll need to go. If there isn’t a metro station right next to your day’s destination, it’s usually only a 10 minute walk to where you need to be.
Was the Metro confusing?
Not at all! In fact, I simply downloaded the Washington DC Metro app on my phone, plugged in my location and where I wanted to go, and it told me exactly which lines to get on and even when to transfer! It definitely was a HUGE lifesaver and I would recommend it 100%
Where are some good places to eat?
There are places to eat everywhere! But, if you don’t want a long wait and don’t mind exploring a little bit, there are some really awesome hole-in-the-wall places near Union Station and also in Rosslyn.
What did you carry with you every day?
I took my Jansport backpack with me everywhere we went. Inside was my camera, lightweight rain jacket, bare necessity touch-up makeup kit, portable charger, baseball cap, and earbuds.
AVERAGE COSTS

Food – $15 / This all depends on where you’re eating. A meal at typical restaurants costs around $15. Meals at fancier restaurants cost around $25. There are also food trucks and street vendors all over downtown D.C. that provide tons of options for on-the-go snacks.

Hotels – It really depends on when and where you’re staying. During the busy summer months, hotels in downtown D.C. average upwards of $350 per night, whereas hotels not directly in D.C. (Arlington, Rosslyn, etc.) cost around $250 per night.

Transportation – The Metro is your best option for getting around D.C. since it’s inexpensive and takes you everywhere you’ll need to go. You can purchase a SmarTrip Metrorail Day Pass for $15 or add a specific amount to your card. Taxi’s are more expensive and often times tack on several surcharges such as a $2.50 surcharge for each trip originating at the Reagan National Airport taxi stand and a $2 surcharge per passenger over 2 passengers. Most taxi rides will cost $15+ while Metro rides are around $2.

I had so much fun in D.C. and I can’t wait to share my next adventure with you very soon! If you have any questions or comments, make sure to leave them and I’ll answer them as soon as I can. 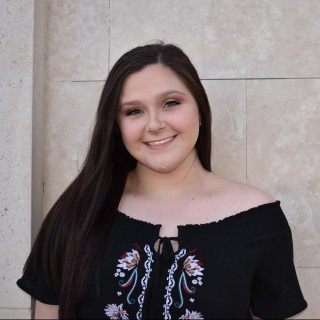